Nuremberg - GOETTFERT GmbH from Buchen (Germany) presents innovative measurement instruments for quality control, as well as R&D of rubber compounds at the German Rubber Conference (DKT) in Nürnberg. For many years, DKT has been one of the leading international trade fairs for the rubber and elastomer industry.

The rubber capillary rheometer (RCR) is able to test the flow behaviour of rubber very close to processing conditions. To generate a processability test for injection molding and extrusion, the RCR incorporates the basic functions of a Rheovulkameter and with it, achieves excellent correlation with extrusion and injection molding data. The RCR is equipped with a servo electric drive, so besides pressure controlled operation, it can also run speed controlled to better simulate injection molding. Beside the RCR 75, which is equipped with 75kN test force, GÖTTFERT also provides a model with 20kN. For rubber testing the device is able to operate in injection and extrusion mode and is equipped with a piston, a test chamber (short barrel) with a die and mould. In the extrusion mode, the test is similar to a regular capillary test to measure the flow behaviour. The RCR allows running multiple speeds or pressure steps within one test, thus a flow curve can be obtained in less than 5 minutes, including cleaning. In the injection mode, the mould is closed and an injection moulding test can be performed. Heat insulation between chamber and mould allows to set different temperatures in the plasticizing area of the chamber and mold, similar to the cold runner injection molding principle.

Another innovative product is an add-on for GOETTFERT’s line of capillary rheometer, which characterizes the flow properties of plastic and rubber compounds. CONTIFEED is a mini-extruder, which feeds the test barrel of the capillary rheometer directly with the melt or material to be tested   and thus represents a fully automatic melt feeding unit. This add-on is particularly suitable for thermally less stable materials, since its residence time is very low due to the automatic feeding of the material.

GÖTTFERT can look back on a successful conference and exhibition and was able to inspire the trade visitors from the rubber and elastomer industry with its exhibited products. 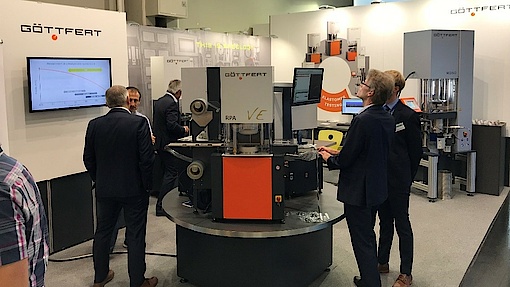 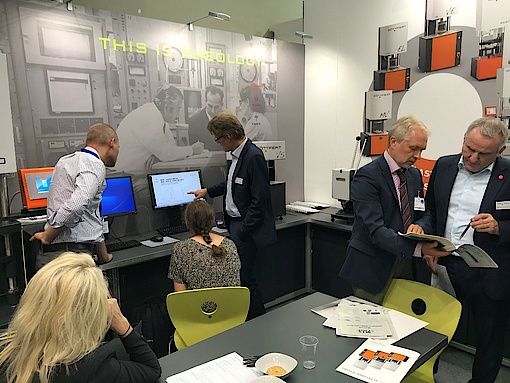